Although contractors spend a great deal of time and care designing and labeling cable installations, everyone who works on cabling runs into instances where they’re not sure where a cable goes. Perhaps the cable wasn’t labeled correctly when it was installed. Or maybe it was a technician’s "temporary" addition that has lasted for years. Learn which cable toners, identifiers, network cable testers and probes can help you cut the time you spend figuring out where that cable actually goes. 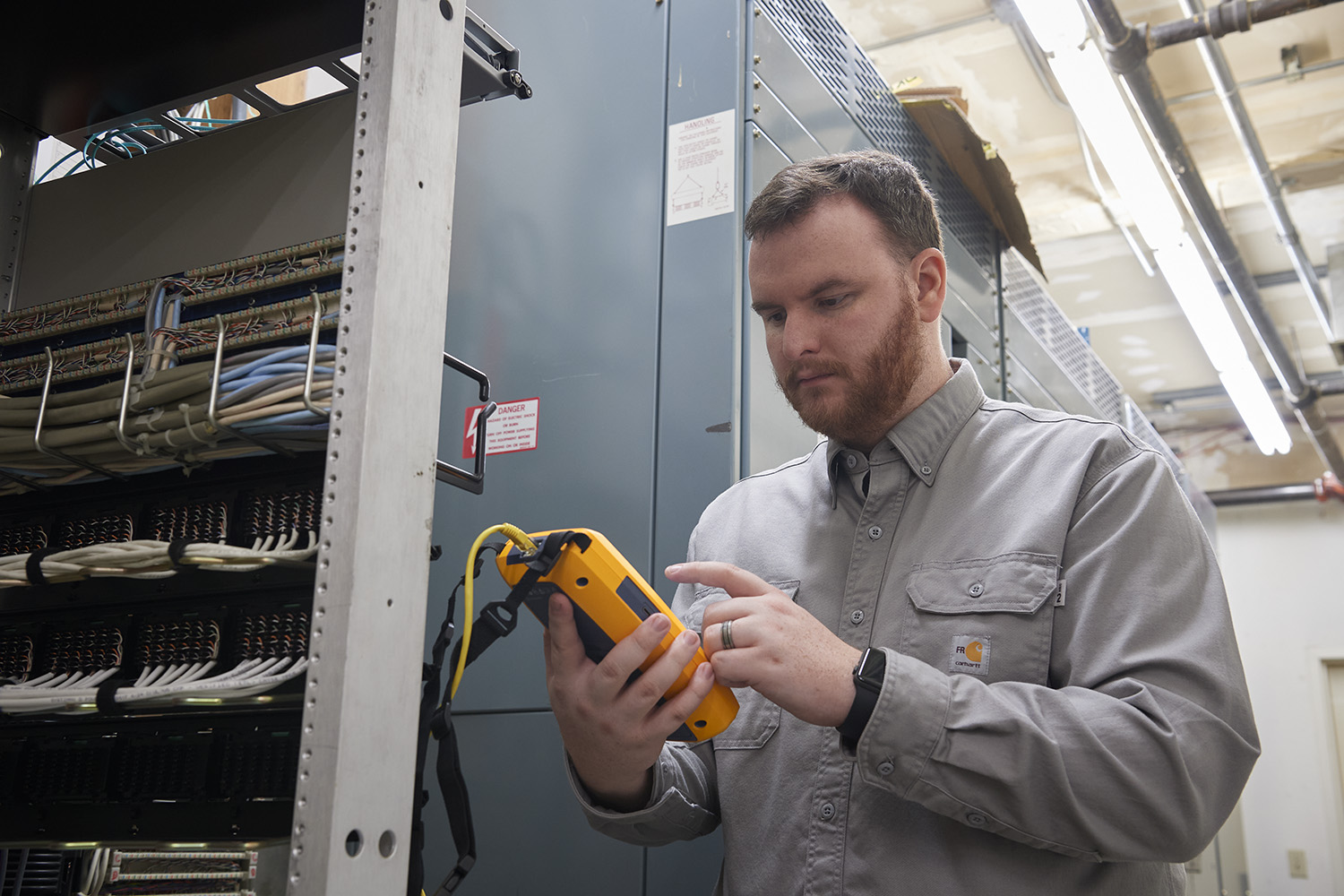 Twisted-pair cabling works by using balanced signals; each wire in the pair carries an equal but opposite signal, so they cancel each other out and are less likely to interfere with other pairs. An unbalanced (unequal) signal on a pair turns it into a broadcast antenna. That signal can be picked up, amplified, and sent to a speaker, with a probe that can trace the cable with the signal on it. This method has been used for decades to figure out where a cable goes. Some of them are even powerful enough to work through drywall or other building materials.

One issue is that these toners can pick up other unbalanced signals — most commonly those on AC power lines — which creates an annoying 50 or 60 Hz buzz (depending on the power line frequency) that can make it difficult to hear the toning signal. Some toners have built-in filtering to remedy this issue. The SmartTone™ technology in the Fluke Networks Pro3000™ analog probe adds another capability: if you short the pair you’re toning, the “song” emitted from the toner will change, confirming that you’ve identified the right cable.

Toners that emit a digital signature solve the buzzy issue another way. Digital toners ignore any signal except for the digital signature from their source, eliminating noise entirely. These devices also solve another common problem, where the signal "bleeds" from the cable being tested to adjacent cables and makes it very difficult to determine which cable or patch panel port is the one attached to the source. The Fluke Networks IntelliTone™ Pro 200 goes a step further: the probe has a jack for the cable to plug into, providing a positive identification that you have the right cable. It even tests each of the eight wires in a datacom cable to ensure they’re connected properly.

Cable toners can also be used on cables that are plugged into active devices, making them extremely useful for network support teams.

Finding cables can be difficult, time consuming, and prone to errors, even for seasoned technicians. The IntelliTone™ Pro from Fluke Networks makes tracing and locating cables on an active network much easier and more accurate.

Cable identifiers can be attached to a terminated cable and then read from the other end. The identifiers are individually numbered (commonly from one to eight) and can be plugged into the patch panel. A tech can then go to the outlets at the other ends, plug in the remote ID, and verify which room outlet is connected to which port on the panel (or the other way around). 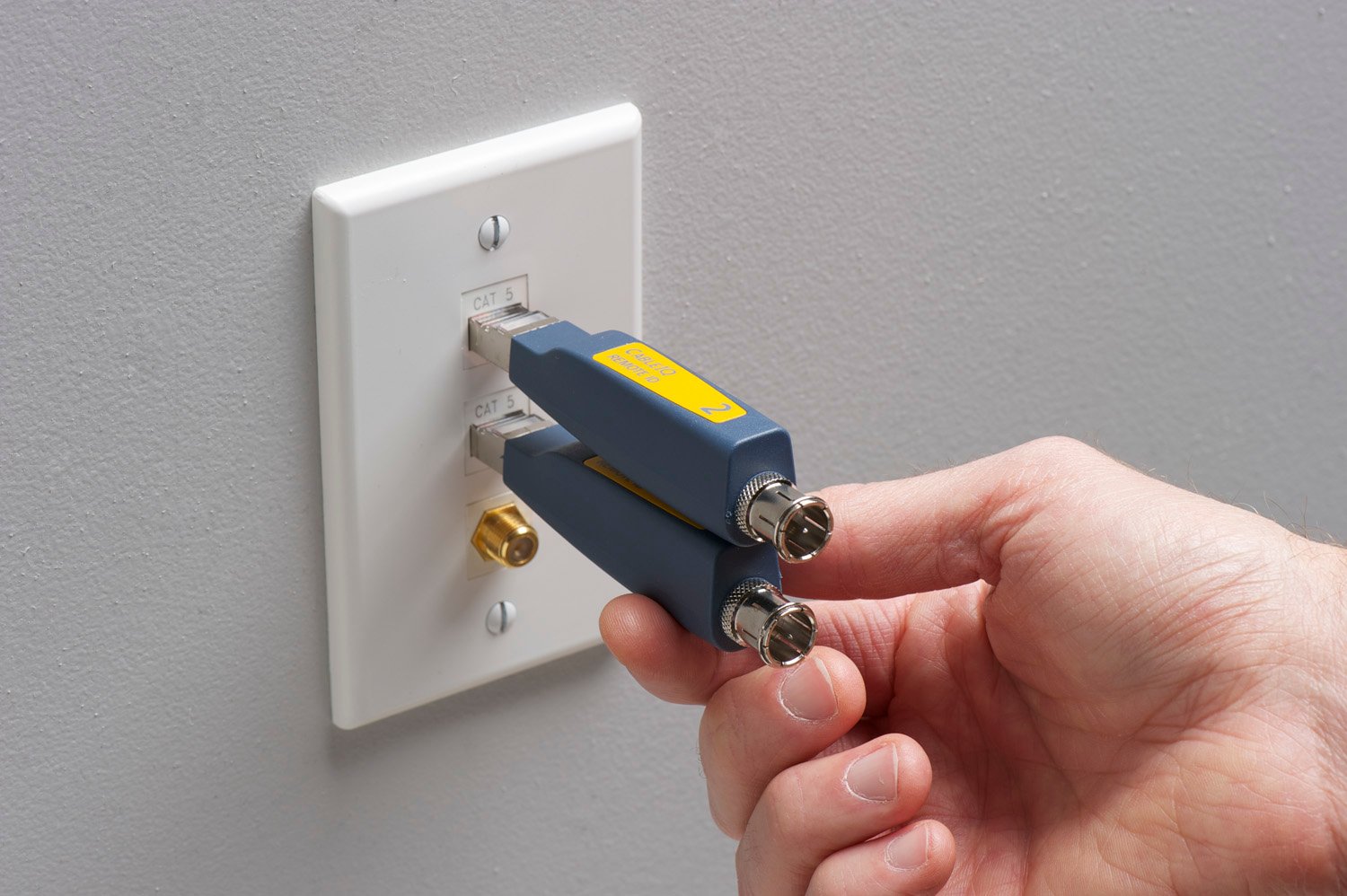 Remote IDs save time by verifying which port an outlet is connected to.

Another way to track cable location on an active network is to utilize the link lights on the switch. These usually light up and flicker when connected to an active device that’s transmitting and receiving data. If you plug a tester into the far end, it can control the blinking of the light by enabling and disabling the link pulse on a regular basis — twice a second, for example. If your switch has many ports, it can take some practice to tell which of the dozens of lights is the one that’s blinking rather than flickering.

Perhaps the easiest way to figure out where an active cable goes is to let the switch tell you. When they sense a device has been connected, most enterprise switches send out Link Layer Discovery Protocol (LLDP) packets, which can be set up to contain:

Testers can collect this information and display it on their screen in a simple-to-read format. The port information you need is easy to see on a Fluke Networks LinkIQ™.

One cable tester to find them all

Fluke Networks offers a variety of testers that support these functions, from the basic Pro3000™ Tone and Probe Series to the MicroMapper™ Wire Map Tester, IntelliTone™ Pro 200 Toner, Tracer, and Probe, and MicroScanner™ Cable Verifier.

One tester, however, stands alone by supporting every one of these features: the Fluke Networks LinkIQ™ Cable+Network Tester. LinkIQ offers analog and digital toning, up to eight cable identifiers, and the ability to blink link lights and decode LLDP packets. That’s just the start for this versatile tester: it can also troubleshoot and qualify cabling to 10 Gb/s, generate cabling performance reports, and test Power over Ethernet and network connections. Try it for yourself in our Virtual Demo. 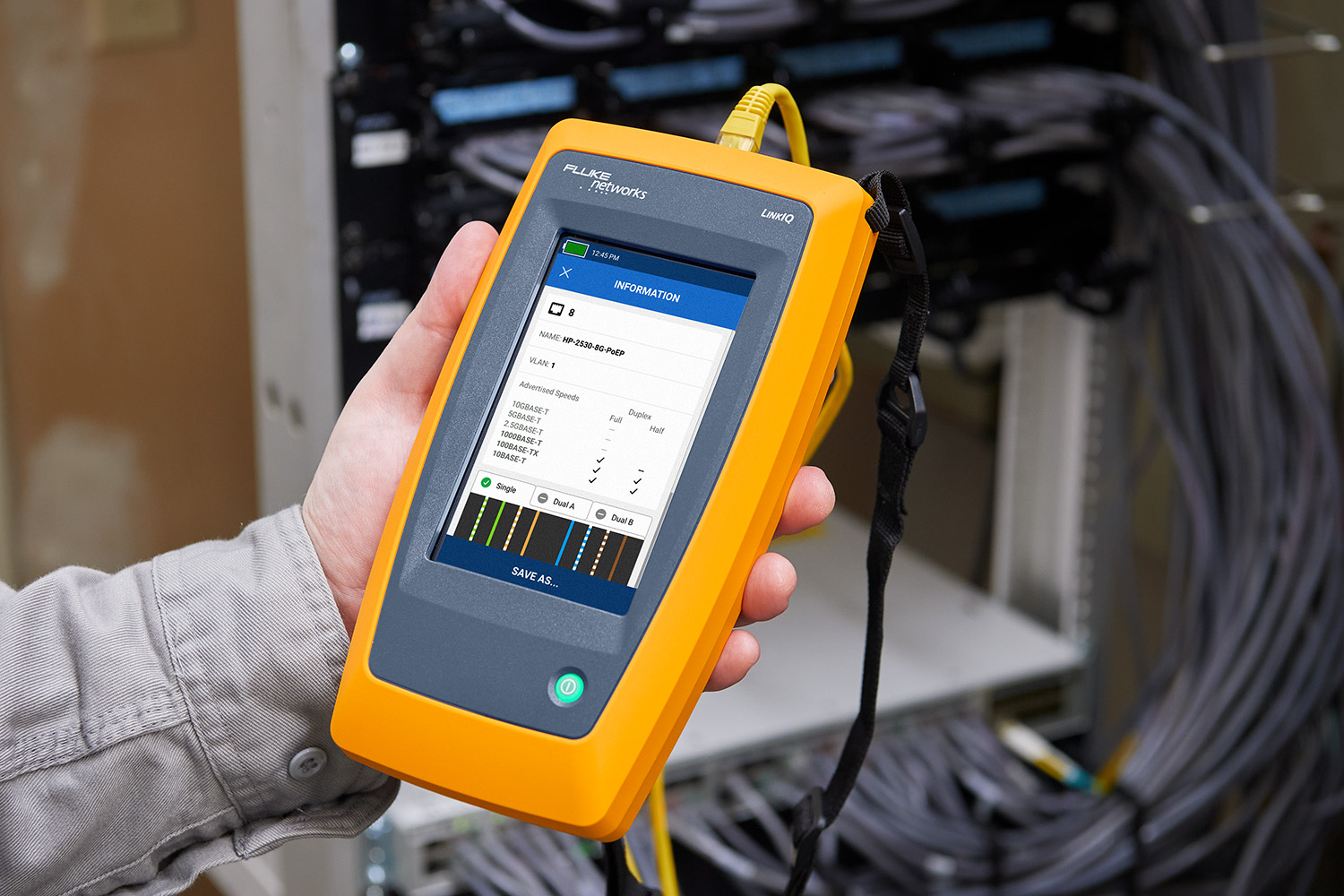